Have you ever heard a phrase relating to tax havens or company incorporation and wondered the meaning behind it? You may find this article containing keywords relating to tax matters to be interesting or helpful!

Have you ever heard a phrase relating to tax havens or company incorporation and wondered the meaning behind it? You may find this article containing keywords relating to tax matters to be interesting or helpful!

Bearer securities: Stocks or bonds in which ownership can be transferred from one holder to another without registration of the transaction by the issuing company, and the title passes with delivery.

The Boston tea party: A protest held in the US city of Boston in 1773. Americans threw boxes of tea from British ships into the sea to show the British government that they did not want to pay tax on the tea. The protest was one of the events that led to the American War of Independence.

Country by country reporting: This would require companies to publish their ﬁnancial results separately for each country in which they operate. Currently, companies are allowed to scoop up all these details into a single global (or regional) ﬁgure, making it impossible to find out what is happening in each country. This is currently under development by the OECD.

Double taxation agreement: An agreement between two or more countries that reduces the amount of tax that an international worker or company must pay, so they do not have to pay tax twice on the same income: under the double taxation treaty, any tax paid in the country of residence will be exempt in the country in which it arises.

Dutch Sandwich: Ireland does not levy withholding tax on certain receipts from European Union member States. Revenues from sales of the products shipped by the second Irish company (the second in the double Irish) are first booked by a shell company in the Netherlands, taking advantage of generous tax laws there. This entire scheme is referred to as the “Dutch sandwich”. The Irish authorities never see the full revenues and therefore cannot tax them, even at the low Irish corporate tax rates.

Holding companies: A company that owns enough voting stock in another firm to control management and operations by influencing or electing its board of Directors. (Also called a parent company).

Incorporation: The process by which a company receives authorisation by the legislative body of a certain jurisdiction allowing it to operate and trade as a legitimate corporation.

Shell companies: A non-trading company used as a vehicle for various financial manoeuvres or kept dormant for future use in some other capacity.

Primary tax havens: The location where financial capital ends up. Subsidiary shell companies there have obtained rights to collect profits from corporate intellectual property (IP) by transfers from their parent company.

Semi-tax havens:  Locations that produce goods for sale primarily outside of their territorial boundaries and have flexible regulations to encourage job growth, such as free trade zones, territorial-only taxation, and similar incentives.

Conduit tax havens:  Locations where income from sales, primarily made outside their boundaries, is collected, and then distributed. Semi-tax havens are reimbursed for actual product costs, perhaps with a commodity mark-up.

Applying for a Singapore employment pass

What is VAT, VIES and EORI

What is VAT, VIES and EORI 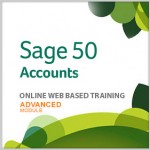 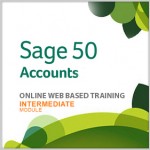 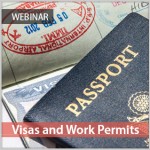